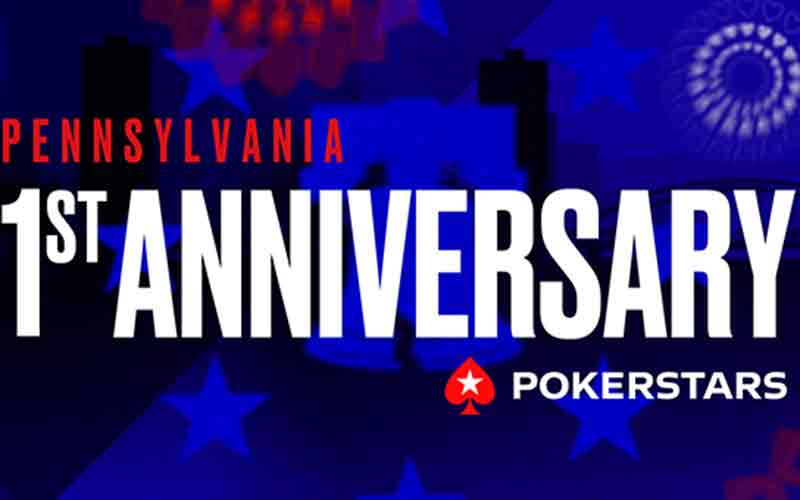 It has been one whole year since PokerStars made its debut in the Keystone State. Since its launch, the online poker platform has recorded very strong numbers in terms of revenue as well as the number of visitors. More and more players have been welcomed to the platform and with the pandemic, there was a significant surge in traffic which further cemented PokerStars’ position as the go-to online poker destination for poker lovers in the Keystone State. This can also partly be attributed to its monopoly in that particular marker – this is, however, set to come to an end very soon as other online poker operators are already making plans to join the state’s gaming market.

Meanwhile, PokerStars is marking its 1st anniversary in the state by offering its customers the chance to participate in a fun and exciting tournament series that will be running all through November. Referred to as the Pennsylvania 1st Anniversary Series, the event series will run from November 8 to November 15. During this period, poker players will be able to play across 35 events for a chance of winning a portion of the $1 million guaranteed prize.

The schedule for the tournament is pretty packed to make sure everyone gets a chance to participate. The main highlight will, however, be the $100-entry Main Event which boasts of a guaranteed prize pool of a whopping $200,000.

In addition to that, there are lots of other exciting events that players can participate in. The operator has made it easy for the customers to grab over $10,000 in tickets to the events. These can be grabbed in seven freerolls and players can qualify for those for as little as $1.

Competition on The Way

As mentioned earlier, PokerStars has had a monopoly in the Keystone State’s online poker market ever since it was launched. This is about to come to an end as other poker operators that have been eyeing the state are inching closer to launching their poker offerings. However, if the high traffic that PokerStars boasts of is anything to go by, the operator does not have much to worry about.