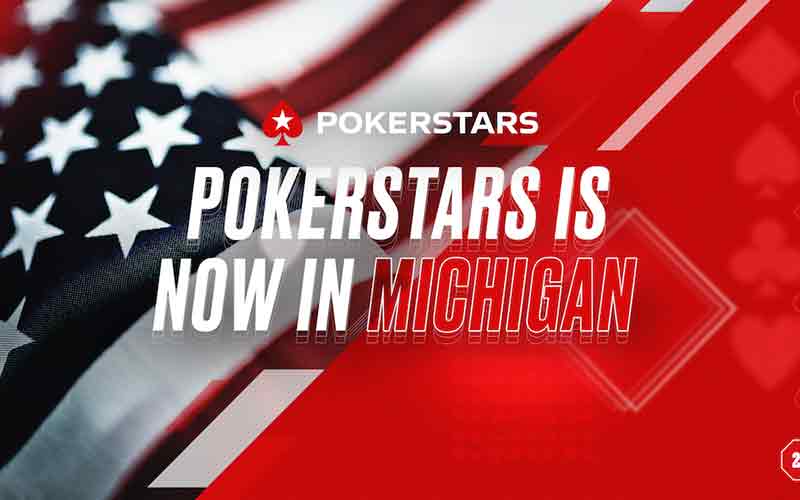 Poker enthusiasts in Michigan have had to endure a long wait for the launch of online poker since online gambling was legalized in the state over a year ago. Well, the wait is finally over as Michigan has recently officially become the fifth state in the country to offer legal and regulated online poker. As expected, this is a pretty lucrative market and already some of the biggest brands in the sector have already made a play for the sector.

World-renowned online poker operator PokerStars became the very first poker brand to go live in Michigan. The company’s efforts to offer its world-class services in the state received the backing of FOX Bet and Stars Casino both of which are also pretty notable brands in the world of gambling.

For the venture in the newly-regulated online poker market, PokerStars and its affiliate companies partnered with the Little Traverse Bay Bands of Odawa Indians Gaming Authority.

There was of course a lot of excitement when PokerStars announced that its poker offerings would be coming to the state. However, a little adjustment period may have been needed as the company tried to figure out the new market and iron out a few bugs. On the first day of online poker gaming on the site, there were a few notable glitches.

These glitches mainly affected the users’ ability to add funds to their accounts which would have been disastrous at any other time. However, this has since been fixed and new players can go in with confidence that such issues will not taint their experiences.

PokerStars even went as far as offering some very exciting promotions to welcome poker lovers in Michigan to their new offering. The most memorable one was a 100 percent deposit bonus – the minimum amount required to claim this was however on the higher side at $600.

Very High Hopes for The Industry

As mentioned earlier, the state has very high hopes for the online poker industry and by extension the online gambling sector as a whole. PokerStars’ entry into the market makes things all the more exciting given its stellar reputation.

According to Richard Kalm, the executive director of the Michigan Gaming Control Board, revenue generated from the newly launched sector will have a huge impact on several projects in the state. The money will go into such things as education, support for the tribal communities as well as further development of Detroit.