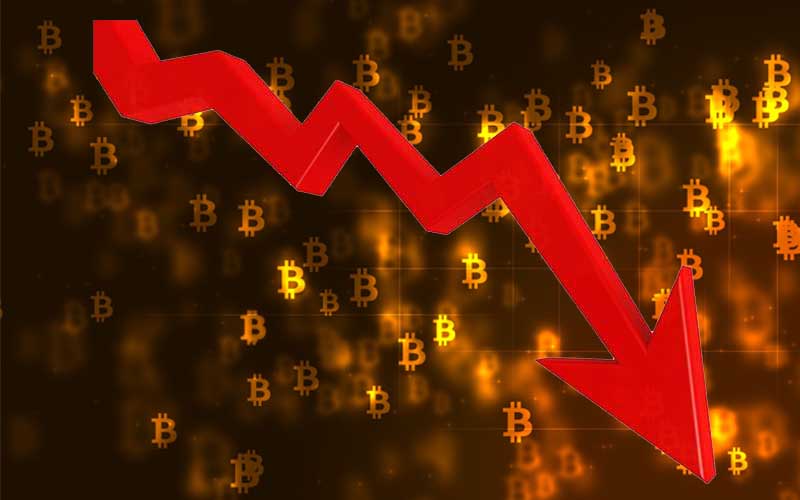 Bitcoin is known to be volatile, but things are about to get really crazy for the popular cryptocurrency. According to experts in the field, the price of bitcoin is about to drop drastically and they warn of an “imminent slump” in its value.

Why Has a Slump Been Predicted?

Yesterday, the price of bitcoin was $6571, which was the highest we’ve seen in quite some time. Over the course of 24 hours, the price dropped by 2% to $6436. According to experts, a drop below a key price point is called “horizontal support” and it may be a sign of bitcoin’s value dropping significantly in the near future.

Cryptocurrency expert Nikola Lazić states that the situation “could get really bad”, and bitcoin could reach a “lower low” below $5767. However, bitcoin still has a healthy floor price, which means that the market is invested in the growth of the cryptocurrency. So, while a slump may be on the horizon, it is likely that bitcoin will be able to bounce back quickly, or that it won’t be a huge decline in the first place.

Still, some investors are confident that bitcoin will see a positive end to 2018. Tom Lee of Fundstrat believes that bitcoin has been holding, which could mean that the decline will start to reverse. It’s all speculation, however, and we won’t know for sure until bitcoin starts to move either upwards or downwards later this year.

Over the course of the past year, bitcoin has seen some huge ups and downs. Back in December 2017, the price of bitcoin nearly doubled to $19 800 but quickly dropped by 45% back down to $14 300. Yves Mersch of the European Central Bank compared bitcoin to buying flowers and having them wilt immediately.

Since then, bitcoin has seen plenty of movement in terms of price. In September 2018, the price of bitcoin plummeted about 10% from $7300 to $6300 and it has remained around that price for the past month. Now, we could be looking at an even further decline in the value of bitcoin.

Despite the difficult year that bitcoin has had, there is still no telling how the cryptocurrency will perform in coming months. We have plenty of arguments on either side, but bitcoin is known for being quite unpredictable.

So, if you have any bitcoin in your online poker account, it might be a good idea to hold onto it for the next little while. Consider keeping it in your account until a little more information about whether or not bitcoin will continue to decline is confirmed.