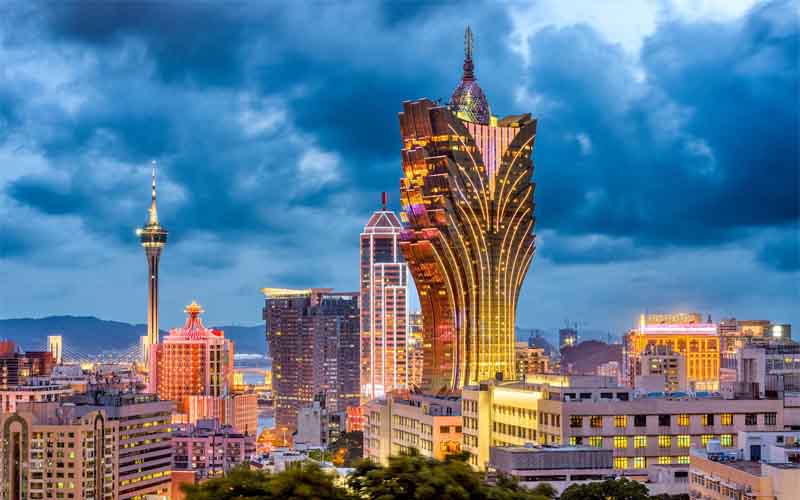 Blockchain technology is already being integrated into the online poker market, with many sites now accepting cryptocurrency payments. Now, there ate two companies that want to take things a lot further by expanding the reach of blockchain into land-based gaming world, as DeClub and Wide Rich Global makes plans to launch a blockchain casino system in Macau that will link online and land-based gaming destinations.

Together, Wide Rich Global and DeClub will build a blockchain-backed casino with funds from an initial coin offering (ICO) that aims to raise $1 billion. Once the sale of DEC tokens is completed, DeClub will apply for a Macau Junket Promoter license and aim to acquire several land-based casinos in Macau. 35% of the total has been raised so far, and the companies plan to expand their reach to acquire land-based venues in other Asian countries and across the Caribbean.  Over time, the network will include a wide range of land-based venues that are all linked across a blockchain network.

This isn’t the first time that a land-based venture has attempted to make blockchain gaming technology work. In 2017, Dragon Corp’s ICO aimed to raise $500 million for its Dragon Coin. The money raised was to be used to build a floating casino. While it looking like a promising idea, the main contractor pulled out and the plan fell apart.

Since Wide Rich and DeClub aim to raise $1 billion, they are taking twice the chance and they could be setting themselves up for a big fall. However, since they are already over a third of the way to their goal, it may be a more successful venture than Dragon Coin.

Blockchain is considered a great match for the online gaming market, as it presents players with a way to interact with venues in a transparent manner. The same pros can be applied to the land-based casino market, as well, which would also link the two types of gaming in a “pan-gambling business ecosystem”.

Should a gambling site run on blockchain technology, all transactions must be verified using a public ledger. The ledger cannot be edited or manipulated which means that no fraud can take place on the network, adding another layer of safety to the gaming world.

There is definitely huge potential for blockchain technology to change both the online and land-based gambling markets. DeClub and Wide Rich are taking the first step towards this revolution, and only time will tell if they will be successful.