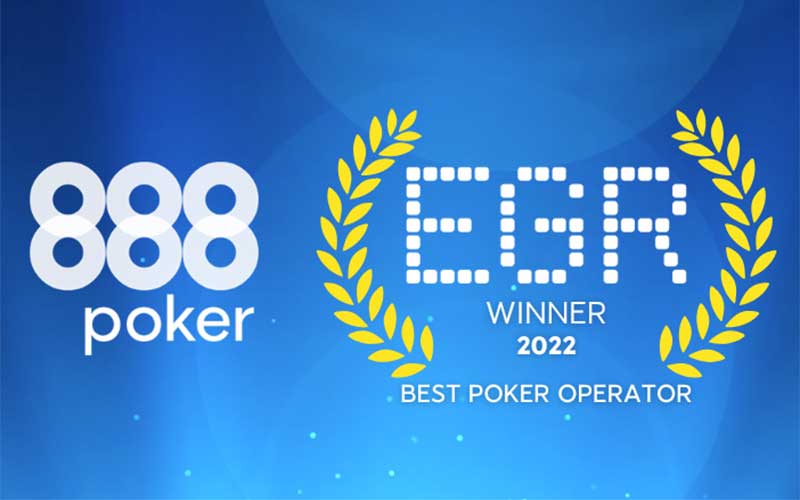 This year marks 888poker’s 20th anniversary, and as a special gift, eGaming Review (EGR) has given the company some recognition. For their pioneering work in the online gambling business over the last two decades, EGR has awarded 888poker with two of their most prestigious awards.

In general, a lot has happened for 888poker this year. The company was singled out for the many changes and updates it made to its software throughout the year, including the debut of Mystery Bounty Tournaments and a host of other exciting and novel tournament series that kept players returning to the site all year long (and counting, as there is still one more Knockout Games festival to go).

In the online gambling sector, EGR is a trusted authority, and its yearly awards have come to symbolize excellence and longevity. A panel of impartial experts from outside the organization evaluates candidates for these prizes, providing a fair representation of the many perspectives within the sector.

The awards serve to recognize and celebrate the top businesses in their respective fields, honoring their achievements in areas such as software, company culture, customer service, and overall market impact. Awards were given to 888poker in part because of their 20 years of devotion to the industry, but it wasn’t the only factor. A large part of this year’s success may be attributed to the company’s dedication to constant development and progress.

For 888poker to achieve this level of success in recent years, a lot of work was required. In the last year and a half, the operator has improved its software in all its markets, expanded the number of tournament series it provides (both online and offline), developed new game formats, and strengthened its overall position in the market.

The latest overhaul of the 888poker online poker app’s playing interface was perhaps the most significant update in recent times. 888poker’s new Poker 8 platform is now live in the vast majority of its global markets. In 2022, the operator also expanded into several additional markets, including Pennsylvania and Michigan.

All players, not just those in the United States, may now make use of the improved features of the Poker 8 software thanks to its worldwide release. The operator has also boosted its media profile by reshuffling its ambassador and stream teams, which now include Ian Simpson, Cauê Moura, and boxing champion Chris Eubank Jr.