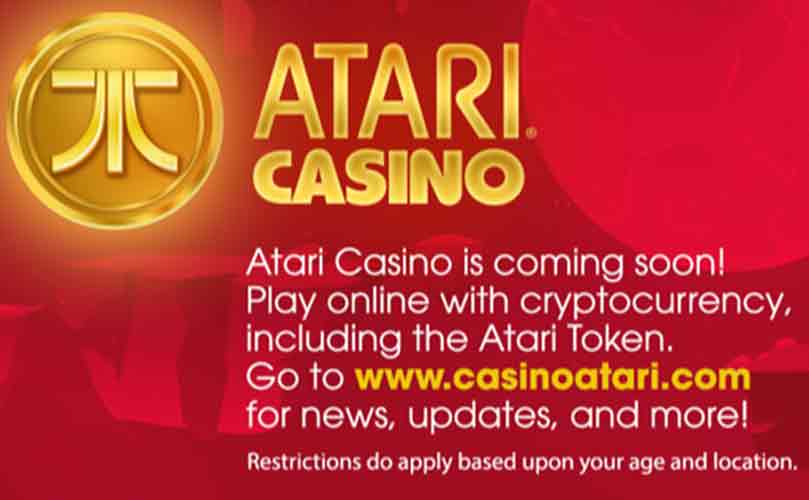 Atari is arguably one of the most iconic and most recognizable brands in the world of gaming. However, the company has had some ups and downs over the past decade or so, a situation that has forced it to find other ways of keeping the business going. A few years ago, crypto and blockchain would seem to be the most unlikely of places for the company to venture into but that is no longer the case. Now, it is full steam ahead for Atari’s new blockchain division.

In early March, Atari announced its plans for an Ethereum blockchain casino in partnership with Decentral Games. For this venture, the video game-turned-casino company planned to feature a range of nostalgic games and Atari non-fungible tokens (NFTs), both of which its users can be leveraged to earn more digital currency. This, they projected, would bring over $150 million in 2021 and $400 million over two years.

Last Thursday, all those plans finally paid off when Atari finally held a virtual launch party for its new crypto casino project. The branded casino launch party featured DJ and Produce Dillon Francis who played a live set and went to participate in a huge sale.

One of the biggest highlights of the launch party was the sale of non-fungible tokens (NFTs) which, as mentioned above, Dillon Francis also participated in. The special NFTs that the DJ sold was a collaboration between him and renowned visual artist MERDA. All three NFTs that they collaborated in creating were inspired by Gerald the Pinata which, as it turns out, contributed to their value immensely.

The auctioning of the NFT was done on OpenSea as well as other platforms where they fetched thousands of dollars in crypto. The “3D Pixel Gerald,” for instance, sold for 6.42 ether (ETH), the equivalent of $17,788.

What Next for Atari?

While this is an exciting new venture for the Japanese video game company, it has no plans to abandon its roots. According to its officials, Atari will continue to operate and develop its successful free-to-play mobile games. They will, however, be shifting new development to console and PC, with “an emphasis on revitalizing classic Atari intellectual property for the modern era.”

That said, it will also leverage the unique position of its brand name in both gaming and non-gaming-related fields (including hotels and casinos). If the success in licensing the Atari-related brands for use in NFTs over the recent past is anything to go by, this might just work.