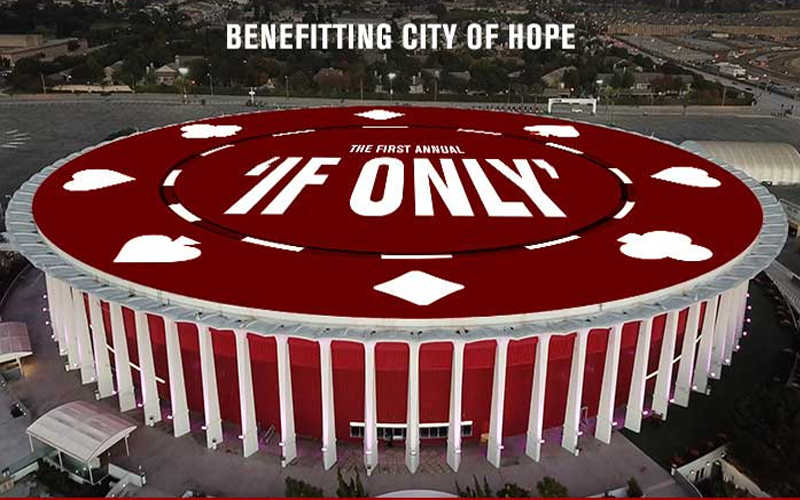 The Kardashians hosted a charity poker tournament recently, and the event has been making headlines. However, while most blogs are interested in Kim’s weight loss and new haircut, we’re more focused on the inclusion of bitcoin.

Playing Poker for a Good Cause

It was definitely a star-studded event, with plenty of celebrities making an appearance. January Jones, David Arquette and Meghan Trainor are just a few of the stars that showed up to compete on the felt. There were even some poker pros in attendance, including Phil Hellmuth, Ryan Feldman, and Brandon Cantu.

The event was in support of City of Hope, a leading research and treatment centre for life-threatening illnesses like cancer and diabetes. The organisation is a founding member of the National Comprehensive Cancer Network, and provides care to individuals in need while researching medical breakthroughs that could eliminate these diseases.

All in all, the event was a huge success. Over half a million dollars were raised for charity. The winners walked away with some impressive prizes as well, as first and second place received front row VIP tickets to see The Eagles and Fleetwood Mac. Third place received a custom fitted set of golf clubs and fourth place earned a $17 000 diamond bracelet.

An Appearance from Bitcoin

One of the interesting things about this tournament is that bitcoin was in play. In an Instagram story posted by Kim Kardashian, she posted a photo of a bitcoin chip alongside her regular poker chips with a caption that read “We moved onto bitcoin!”.

The physical bitcoin was given to her by Matthew Roszak, the founder of Bloq – a company working on blockchain innovations. The small gift quickly started conversations around the world, as Reddit users suggested that this is a huge move for bitcoin. With Kim Kardashian adopting cryptocurrency, the market could get the mainstream push that it needs.

This isn’t the first time that bitcoin has made an appearance in the poker world. In fact, the Blockchain World Conference recently hosted the world’s first cryptocurrency poker tournament, where players were not only able to wager using digital money but also registered for the event with it.

Poker is emerging as one of the most desirable and viable partners for bitcoin and other cryptocurrencies. Should these two markets continue to develop their relationship, it won’t be long before bitcoin is a major player in the online gaming world. It would be an important entry for cryptocurrency and the first step towards becoming mainstream.